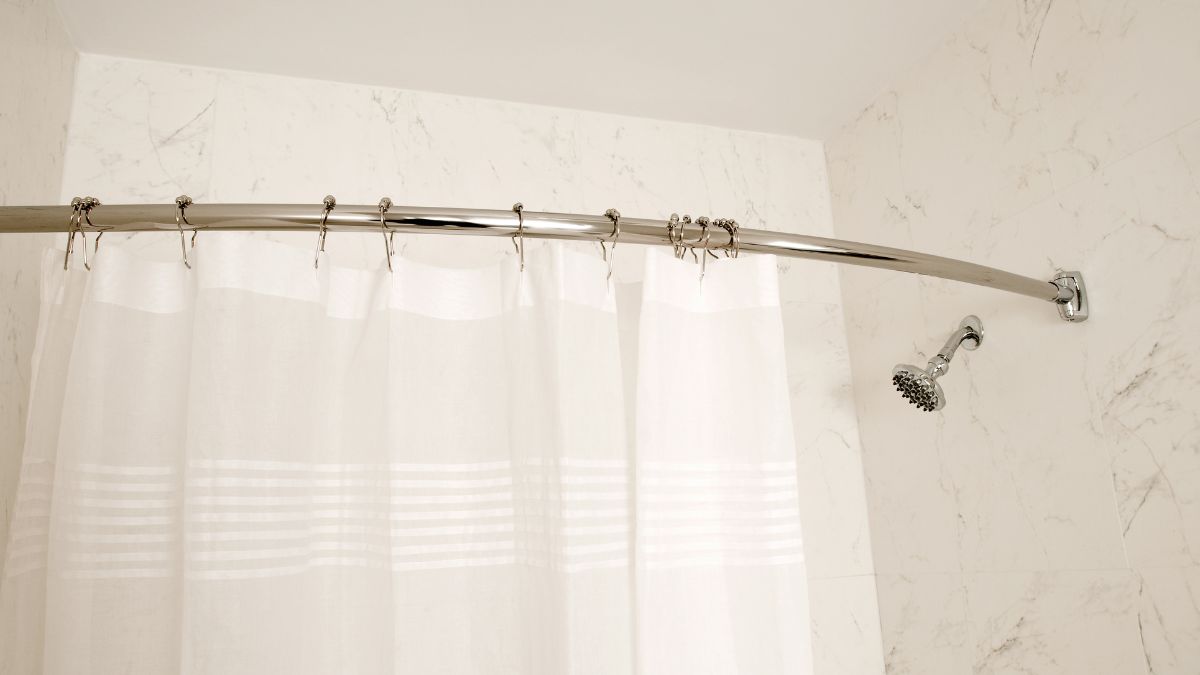 If you’ve ever had a shower curtain that seems to have a mind of its own, you know how frustrating it can be. One minute you’re peacefully lathering up, and the next minute you’re being swatted in the face by a wet, soapy curtain! You’ve probably stopped and wondered, “Why does my shower curtain attack me?”

Common Reasons Why Your Shower Curtain Attacks You

Believe it or not, there are a few scientific explanations for why your shower curtain might seem to have a vendetta against you.

Here are a few possible reasons:

Wind is one of the most common reasons for a shower curtain to “attack” you.

Even if you don’t have a window in your bathroom, air can still circulate in the room and cause your shower curtain to move around.

This is especially true if your bathroom door isn’t fully closed or if there are cracks or gaps around the door frame.

To prevent your shower curtain from blowing around in the wind, try closing the bathroom door more securely and sealing any gaps around the door frame with weatherstripping or silicone caulk.

You can also invest in a heavy, weighted shower curtain or liner to help keep it in place.

Another possible reason for a “rogue” shower curtain is steam. As you shower, the hot water creates steam that can build up in the bathroom.

This steam can make your shower curtain billow outwards, giving the impression that it’s attacking you.

To prevent your shower curtain from being buffeted by steam, try running your shower at a lower temperature.

This will reduce the amount of steam that’s produced.

You can also invest in a shower curtain with a moisture-resistant coating, which can help prevent steam from causing it to move around.

In some cases, your shower curtain might seem to be attacking you because of the water pressure in your showerhead.

However, if the water pressure is too high, it can create a strong current that pushes against the shower curtain, causing it to move around.

To prevent this, try adjusting the water pressure in your showerhead. You can usually do this by removing the showerhead, changing the flow restrictor, or installing a water pressure-reducing valve.

You can also use a showerhead with a lower flow rate, which helps reduce the force of the water against the curtain.

If the rod is too lightweight or flimsy, it might not be able to support the weight of the curtain and liner, causing them to sag or droop.

This can create pockets of air that push against the curtain and move it around.

To prevent this from happening, try using a sturdier shower curtain rod that can better support the weight of the curtain and liner.

You can also use shower curtain hooks or rings with a more secure grip on the curtain, which helps keep it in place.

How to Prevent Your Shower Curtain From “Attacking” You

What about those times when your shower curtain still manages to escape its confines and clings to your wet body?

It can be annoying and inconvenient to stop your shower and adjust the curtain back into place, especially if you’re in a rush!

So here are a few tips for keeping your shower curtain in check:

One option is switching to a hookless shower curtain. These curtains don’t hang on the rod with traditional hooks or rings.

Instead, they use a built-in liner and a horizontal bar that fits over the top of the rod.

This design helps to keep the curtain in place and reduces the chances of it coming loose and wrapping around you.

Another option is to use a shower curtain with a magnetic bottom hem. These types of curtains have magnets sewn into the hem that helps to keep them from blowing around in the wind.

Some magnetic shower curtains even come with a matching liner with a magnetic hem, so you can keep the curtain and liner in place.

If you’re not ready to switch to a hookless or magnetic shower curtain, keep your current curtain in place with liner clips.

You can find liner clips at most home goods stores, and they’re an easy and inexpensive way to keep your shower curtain from flying around.

A liner is a thin, lightweight curtain that hangs on the inside of your shower curtain and helps to keep it in place.

You can find liners in various materials, including plastic, fabric, and eco-friendly options like bamboo.

Now that you know some of the reasons why your shower curtain might seem to be attacking you, you can take steps to prevent it from happening.

Whether it’s sealing gaps around the door frame, reducing the steam in your bathroom, adjusting the water pressure, or using a sturdier shower curtain rod, you can try plenty of simple solutions.

So the next time your shower curtain seems to be coming for you, you’ll know how to keep it at bay!

Welcome to Our Cozy Place, a home improvement and DIY décor blog that offers simple tips, guides, and tutorials for homeowners! We’re passionate about helping you create beautiful, functional, and unique spaces. (Learn more about us here.)

Disclaimer: The content on this website is meant to be informational, only. Before undertaking any project, it is important to consult a licensed professional and ensure that any necessary permits or licenses are obtained from your local government.